“To tell a woman everything she cannot do, is to tell her what she can do.”

A total of 512 billfish were released at the 2019 Pescadora Billfish Championship in Quepos, Costa Rica, setting records for the most fish released in a ladies tournament ever. More than 80 female anglers, aboard 22 boats, fished two days to average 23 fish per boat. Eighteen countries followed the leaderboard as women started racking up their releases and making a run to be the Female Angler of the Year.

On Day one, Kelly Nutt, on the Kelly Dawn, released the first fish of the tournament at 8:13 am, assisted by the good luck mimosas delivered by Samantha Mumford, Tournament Director. The day ended with a total of 241 sailfish, along with two marlin released by Lacy Ivancevic on the Pelagic Magic and Teresa Coates on the Sea Hag. 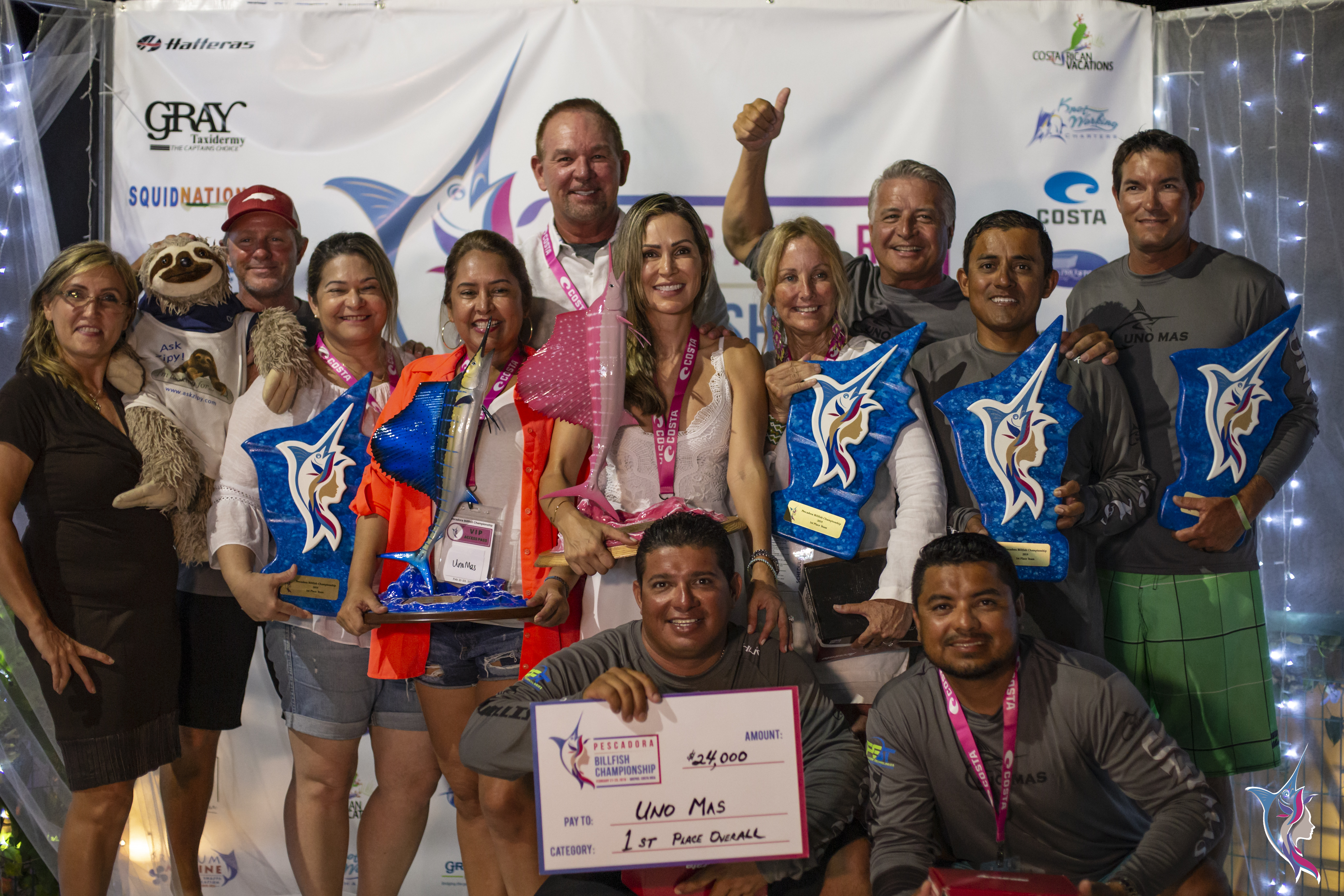 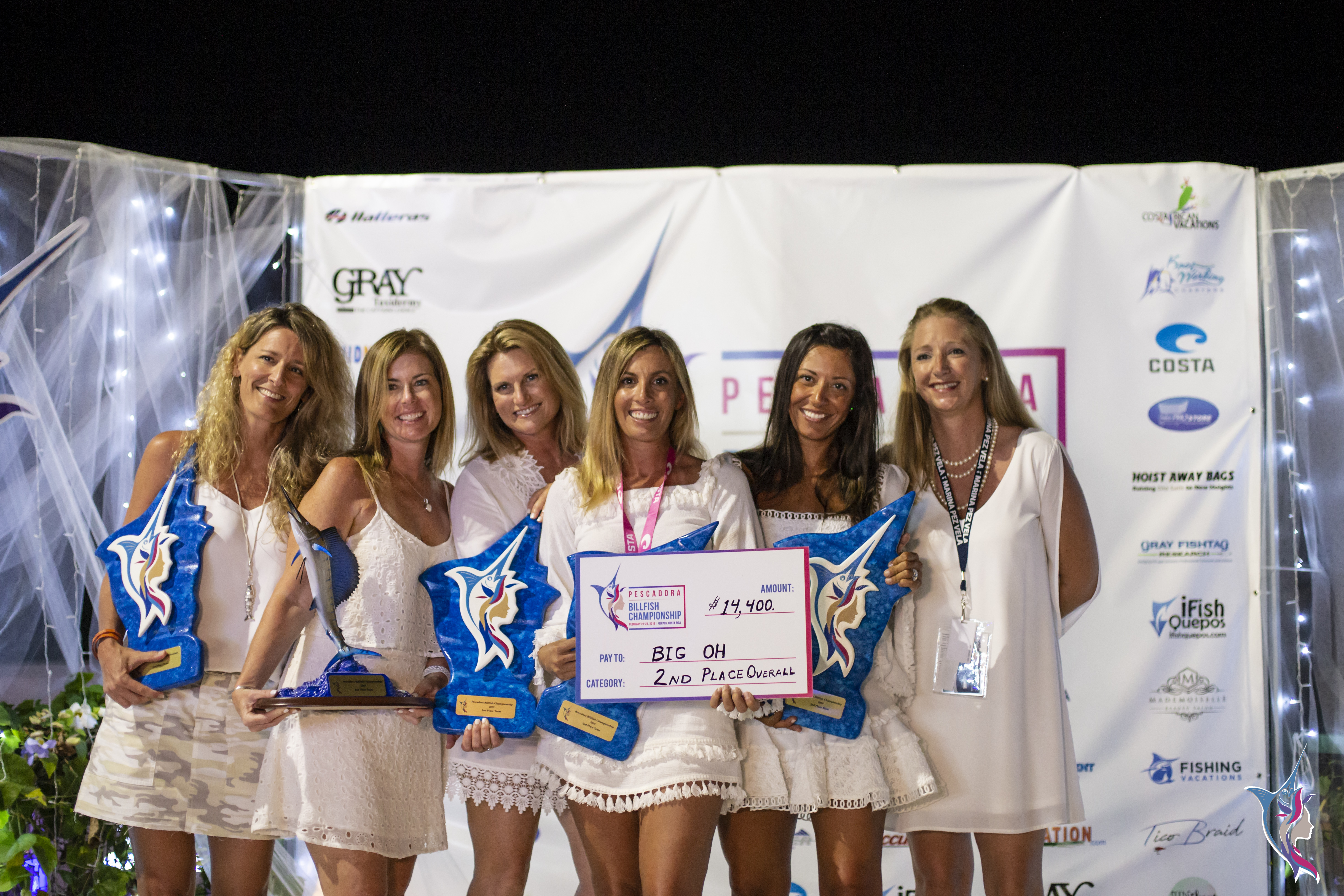 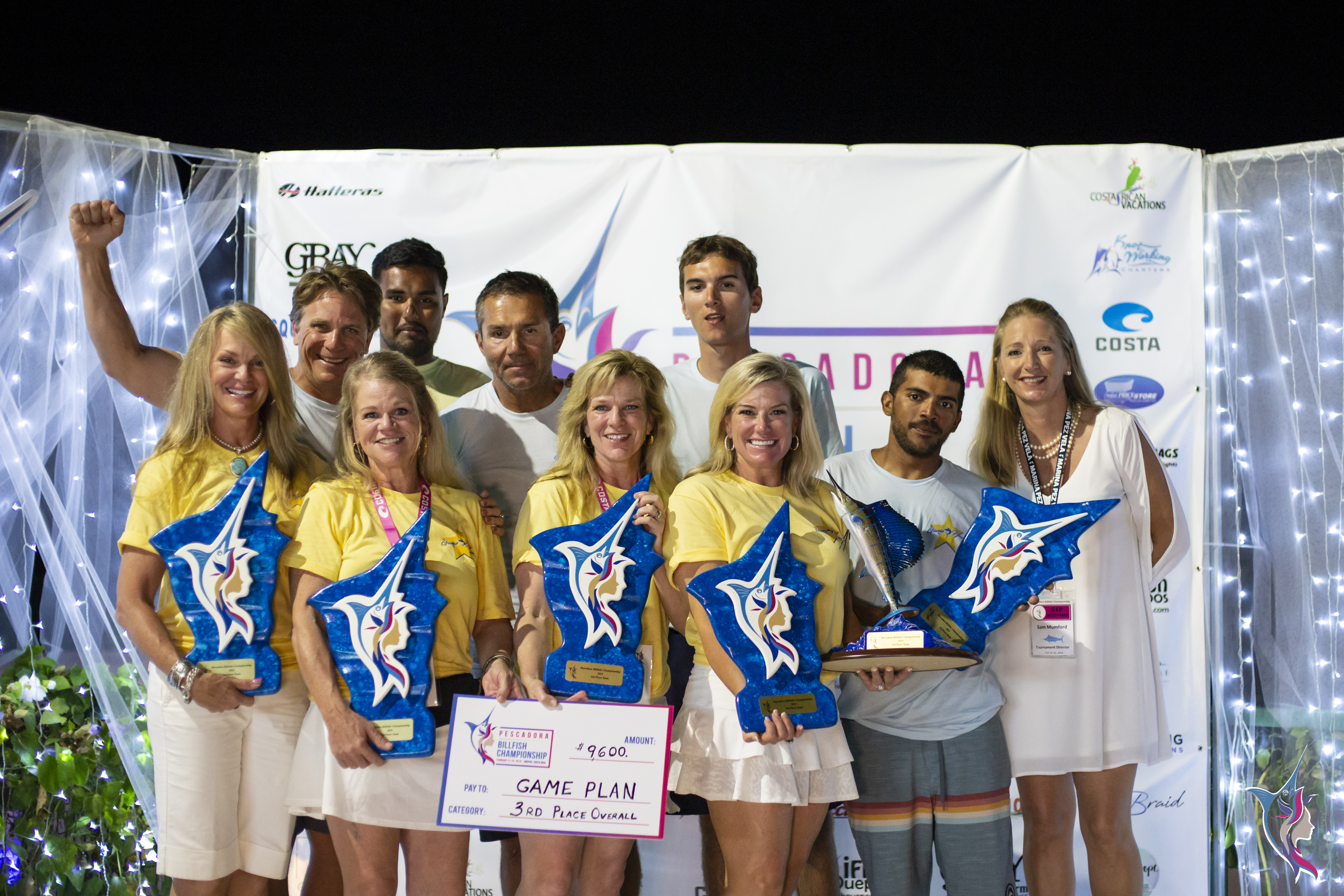 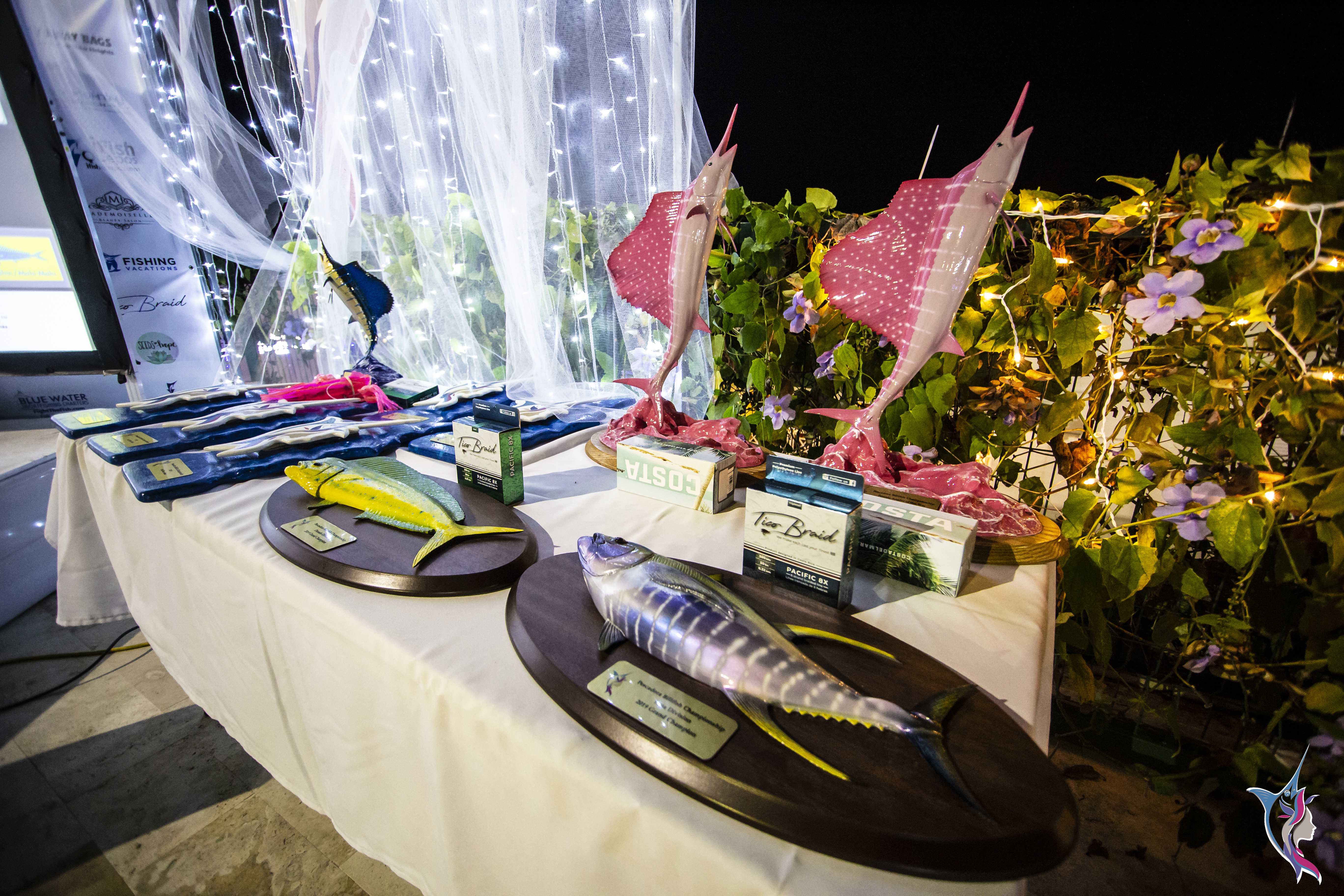 Day two had even better fishing. Shari Burrows, on the Game Plan, released the first sailfish of the day at 8:07 am, followed by the fleet catching 42 billfish in just the first hour. Team Thunder Ladies, on the Caribsea, released a slam with a sailfish, blue marlin and black marlin. Laura Jessen, on Team Hatteras, also released a blue marlin bringing the daily fish count total to 274 billfish.

The ladies were greeted with ice-cold, lavender scented cloths upon their return after a long, hot day. Team Uno Mas took an early lead on day one with 28 releases, and managed to hang on to it on day two, even as Team Big Oh made an incredible push with 31 sailfish releases on day two.

The Cinderella story goes to the ladies of Team Game Plan, three of which had never fished before, releasing 40 billfish for the tournament, landing them in 3rd place overall.
Congratulations to Team Uno Mas, who took home 1st Place Overall with 49 billfish, 2nd place winners Big Oh with 44 billfish, and Game Plan with 40 billfish releases.
Team Good Day Girls were aboard the smallest boat in the fleet and managed to win the honors for the biggest Tuna, with a combined weight of 80 pounds.
Team Tipsea on the King and I came in strong winning the Dorado Division with a huge 52.9-pound fish.
Anglers Maria Magalhaes and Lacy Ivancevic were the 2019 Pescadora Billfish Championship Female Anglers of the Year, taking home the coveted pink sailfish trophy. Lacy, fishing on the Pelagic Magic, had 1,500 points in the Hook & Hand Division. Maria, fishing on the Uno Mas, held her lead throughout the tournament releasing a staggering 25 fish, 14 of them by IGFA release, making her the Female Angler of the Year in the IGFA Release Division.

The Pescadora Billfish Championship participants also tagged almost 200 billfish, as part of the Gray Fishtag Reseach Program. Bill Dobbelaer, director of the program, was proud to award Kristina Fahmie, of Team Shoe, with a full-size mount from Gray Taxidermy for the most billfish tagged during the tournament.

“I am so grateful to all the women for taking a chance on this first, one-of-a-kind tournament. The hard work and the determination that each angler showed was inspiring, not only to me but women around the world,” said Samantha Mumford, Tournament Director. 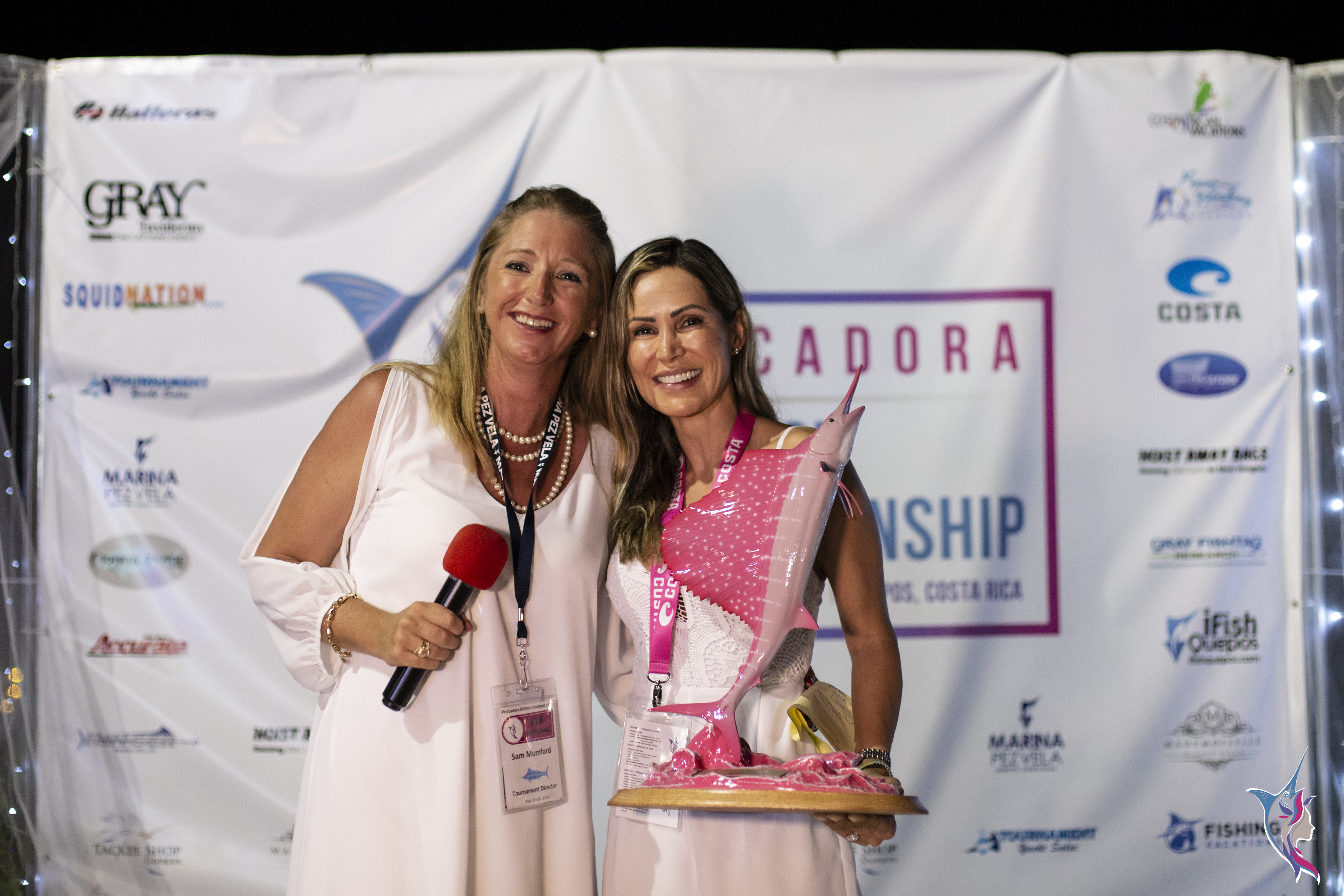 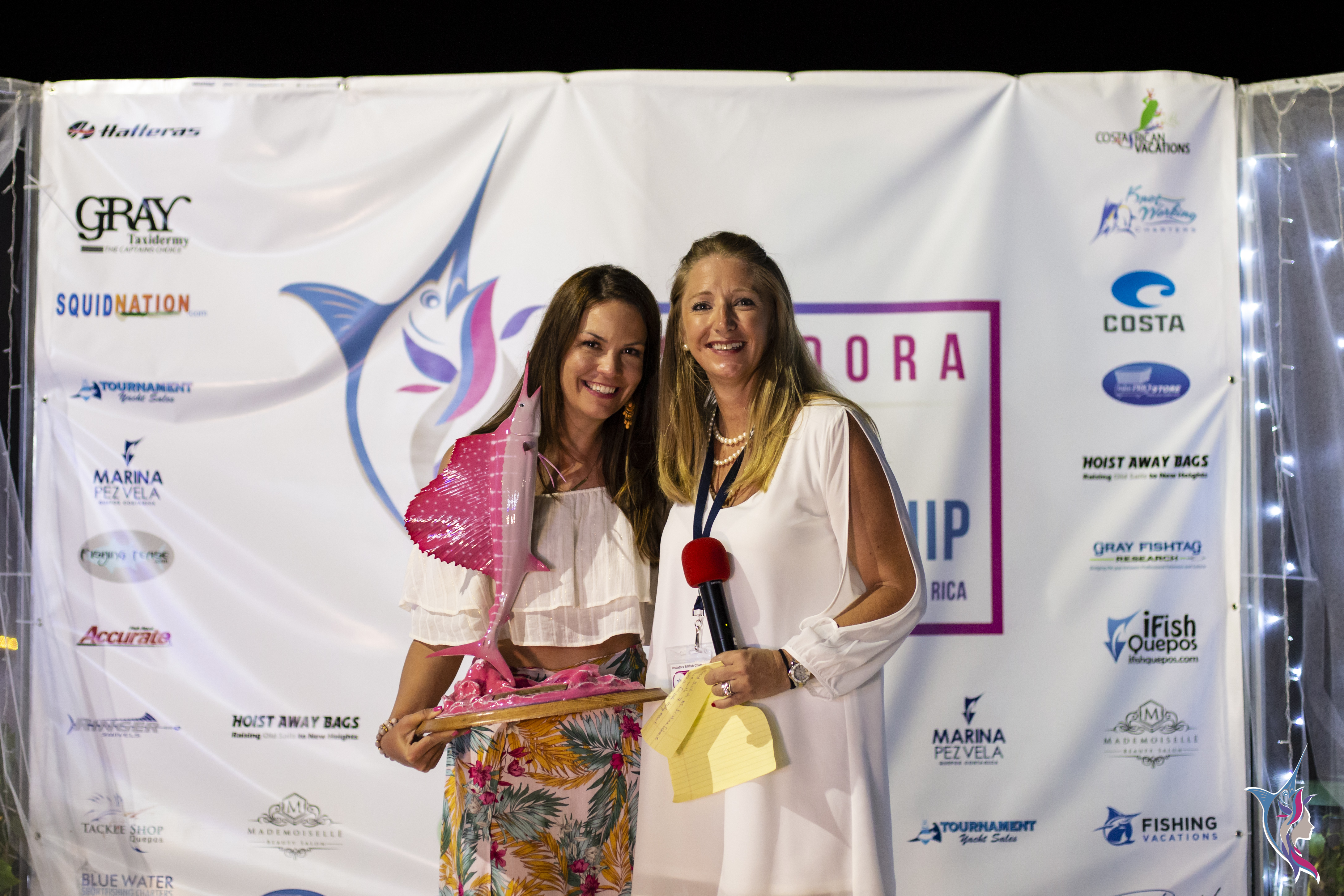 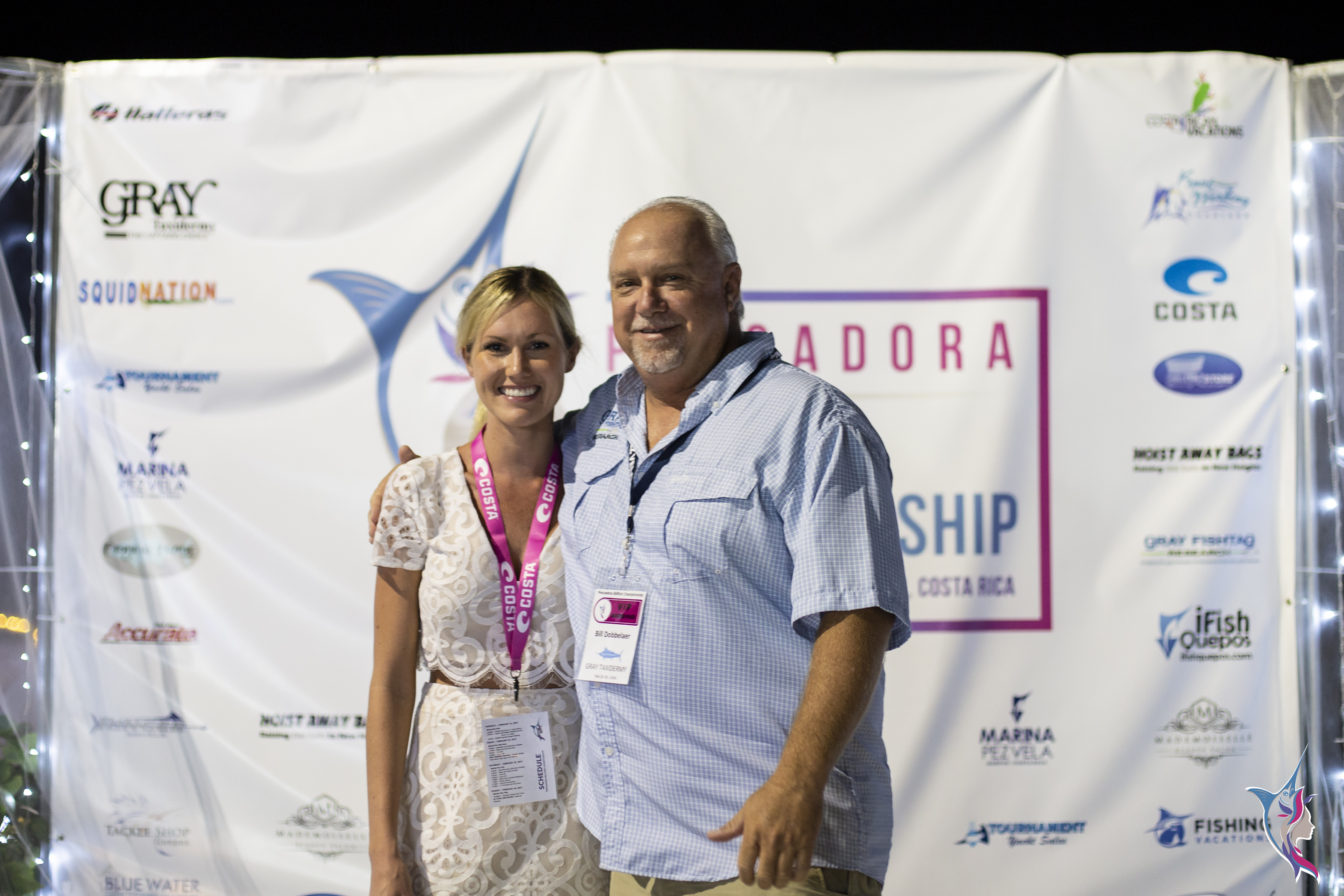 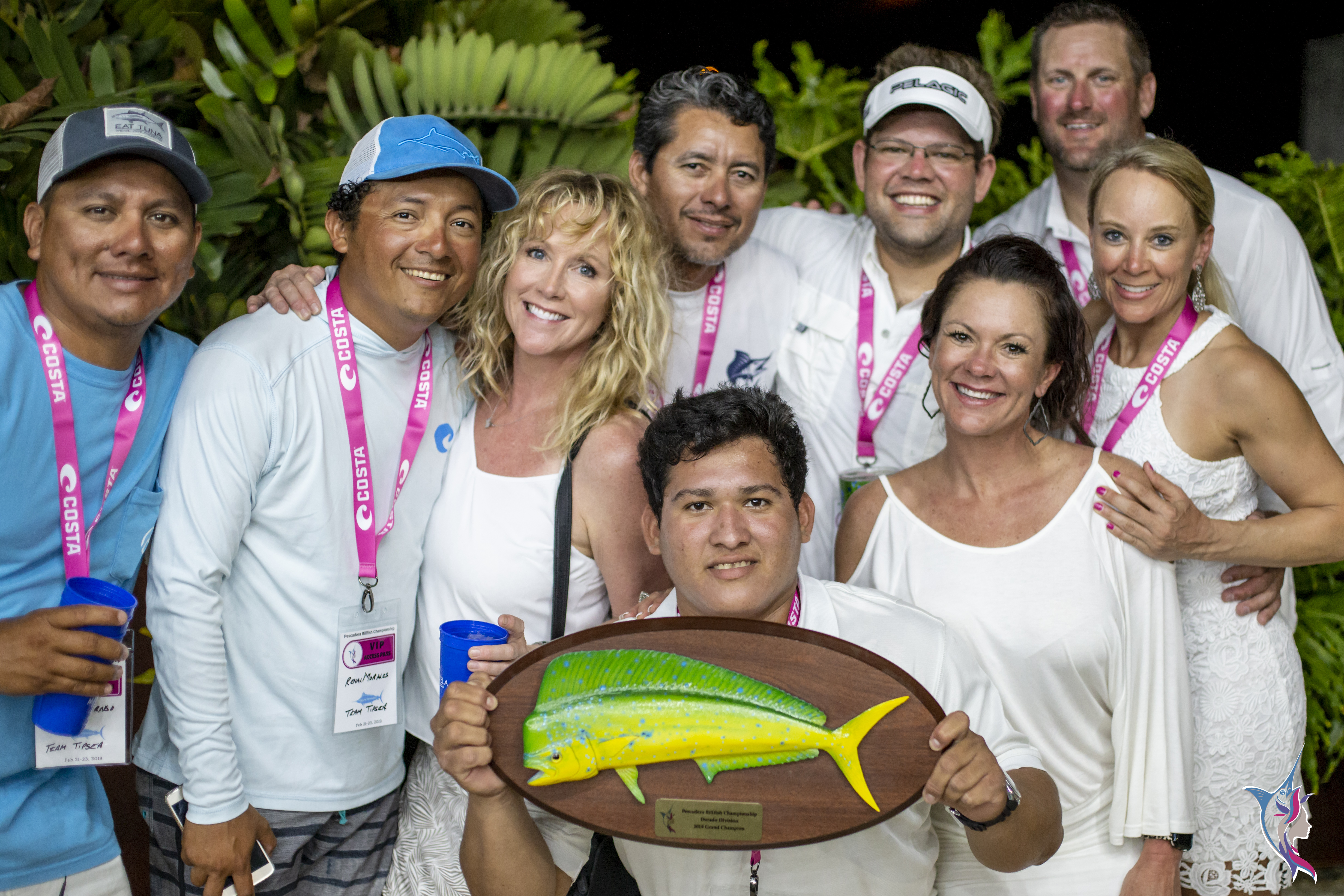 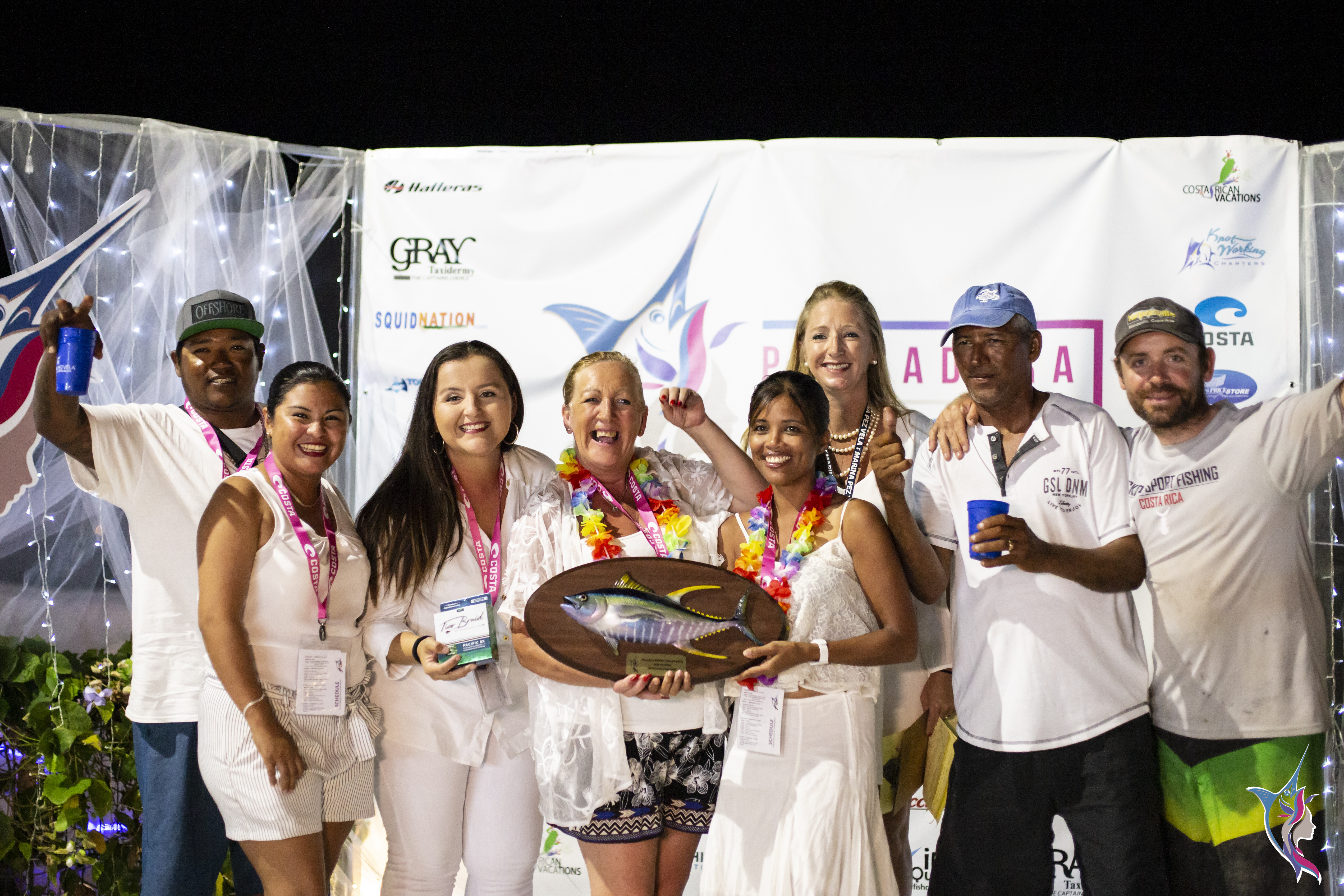